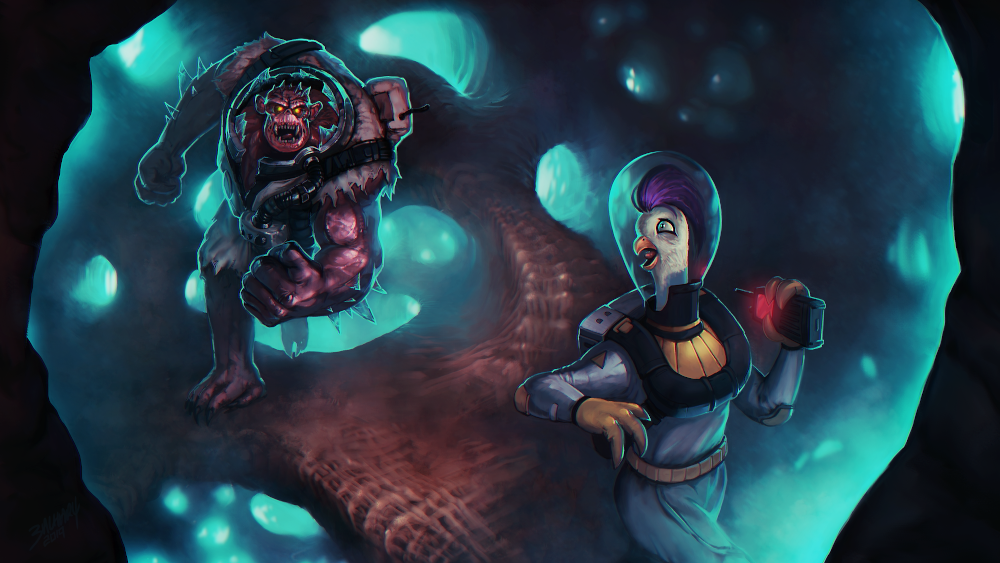 It’s about time I talked about Hatches.

Hatches has been in development alongside our mass multiplayer engine, Fractal, since mid July 2019.

It started off as a stealth, suspense dungeon crawler. You and up to 3 friends would get thrown into a procedurally generated labyrinth. Your goal was to get as deep into the labyrinth as possible, you did this by finding hatches which would bring you down a level.

Unkillable, overpowered monsters would appear on most levels, sometimes there would be more than 1. They would hunt players through a combination of sight, sound and smell. Different types of monsters would use different strategies to hunt players down.

Players didn’t have offensive capabilities, instead, they could collect 4 different resource types which were scattered around the level and use these to build stationary buildings. Buildings would help the players avoid monsters in one way or another. Examples of buildings included barricades, hiding spots, surveillance posts and decoys.

A player experience and attribute system was planned too. Attributes would determine the amount of resources you could carry, how quickly/silently you would move, how sensitive your listening was etc. 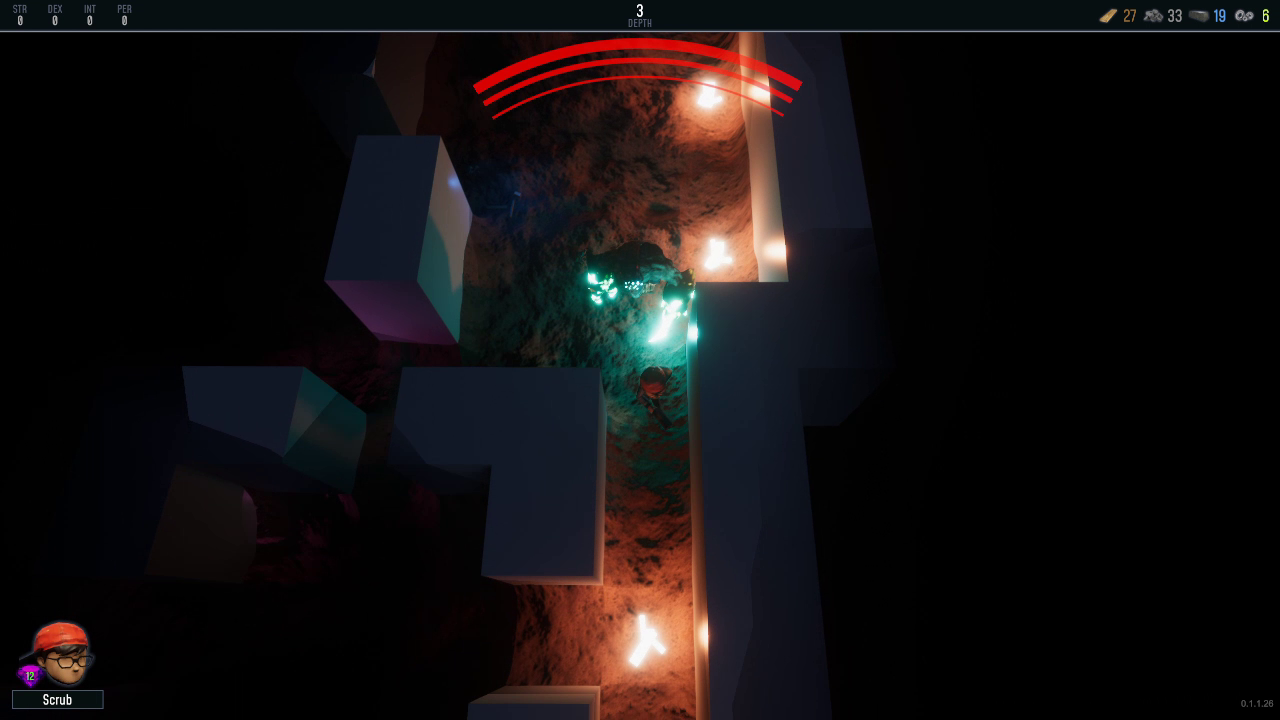 When we had most of the core mechanics in a reasonable state, we did some closed, in-person alpha testing. We got really good feedback but our gut feel about it was… very meh.

After our last round of alpha testing, we admitted to ourselves that Hatches just wasn’t THAT fun.

There were fun bits, but all the other bits were meh at best and tedious/boring at worst.

Stefan suggested to add a shooting mechanic; “shooting makes everything fun and will fill in the boring bits”. I was initially against it because it went against everything the game was “supposed to be”.

We sat on it for about 2 weeks.

If we were going to add a shooting mechanic, we might as well rethink the entire thing, so we did.

Wave defence seemed to fit with most of what we already had: shooting, resource gathering, building, character attributes and monsters. A wave defence game could utilise the capabilities of Fractal much better than a stealth, suspense dungeon crawler could too.

Hatches is now a 100+ player, faction based, wave defence game which takes place in an underground cave network. 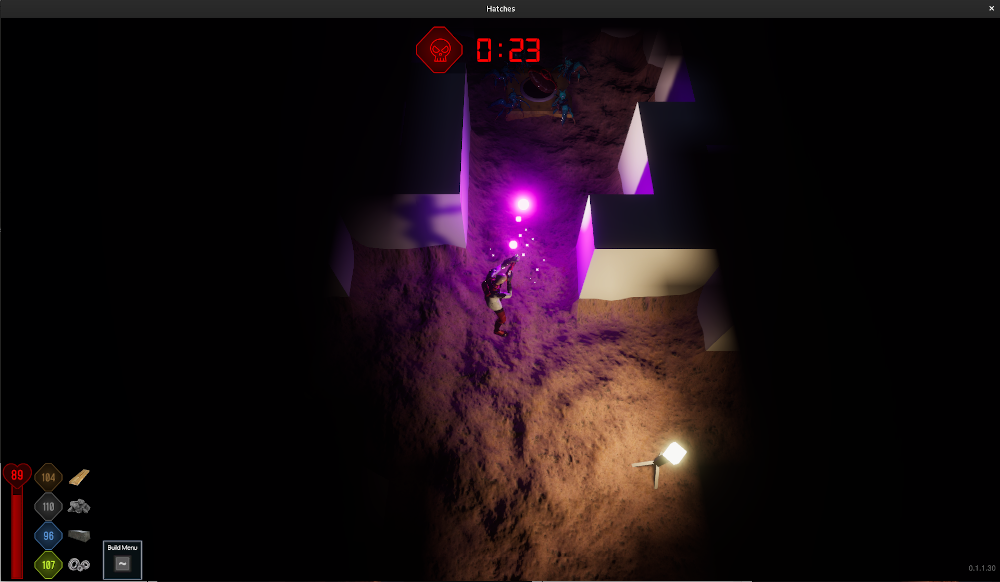 The goal is now to gather resources, build defences and defend your spawner from other factions and periodic waves of minions. You will be able to team up with as many players as you want to create a faction; there could be several factions of varying sizes within a single game. Factions could leave each other alone or fight each other for control of territory (and therefore resources).

Large overpowered monsters will still roam around; they can be killed, but enough firepower will scare them off.

We’re looking forward to getting some feedback on the new design. If you’re keen to give an early alpha build a go, send us an email at testers@armoured-beans.com.

Other comments or just want to say “hi”, hit me up on Twitter (@JeremySik).